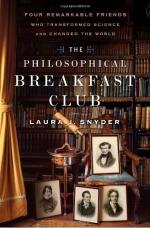 This encyclopedia article consists of approximately 1 page of information about The Breakfast Club.

The Breakfast Club, director/script writer John Hughes' 1985 film about five teenagers coping with the difficulty of crossing boundaries and connecting in high school, set the tone for coming of age films in the 1980s, and catapulted Hughes into the major filmmaker chronicling the problems of a young America in the Reagan years. While lacking in racial and sexual diversity, The Breakfast Club tackled issues of self-image, drug use, sex, and social acceptance, as well as the stratification between rich and poor. The Breakfast Club also launched the 1980's "brat pack" of marketable actors, Emilio Estevez, Ally Sheedy, Molly Ringwald, Judd Nelson, and Anthony Michael Hall.

More summaries and resources for teaching or studying The Breakfast Club.

The Breakfast Club from Gale. ©2005-2006 Thomson Gale, a part of the Thomson Corporation. All rights reserved.