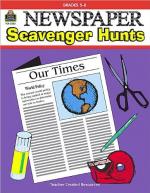 This encyclopedia article consists of approximately 6 pages of information about The Advent of Newspapers.

Before the invention of printing in the 1500s, people kept each other up to date with news and gossip through personal letters. Members of formal organizations accomplished the same function through handwritten newsletters. Following the arrival of print in the sixteenth century, news publishing went through four distinct stages before it evolved into what we would recognize as a newspaper. The very first examples were not sheets of two or four pages made up into columns but news books, or news pamphlets, looking a lot like a book, with a title page. Only in the seventeenth century did news begin to be distributed regularly and frequently.

The first stage in the evolution of newspapers was publication of a single story, called a relation. This kind of publication recounted an event long after it had occurred. For example, in 1619 Nathaniel Newberry...

More summaries and resources for teaching or studying The Advent of Newspapers.

The Advent of Newspapers from Lucent. ©2002-2006 by Lucent Books, an imprint of The Gale Group. All rights reserved.