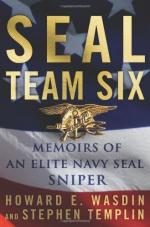 Get The A-Team from Amazon.com
View the Study Pack
Encyclopedia Article
The A-Team

This encyclopedia article consists of approximately 1 page of information about The A-Team.

The A-Team television series capitalized on the flamboyant personality of Mr. T, a well-known wrestler and bodyguard to the stars. A kind-hearted tough guy with a dramatic mohawk hairstyle and gaudy jewelry, Mr. T helped win the show a strong fan following and reversed NBC's ratings tailspin in 1983. The A-Team saved NBC from critic Tony Schwartz's earlier prediction that the network would "die, or shrink severely, within the next decade."

Veteran producer Stephen J. Cannell created this mid-season replacement series as an action adventure comedy. The members of the A-Team were soldiers of fortune running from the government. Cannell shaped the show around the real-life personality of Mr. T as the character Sergeant Bosco "Bad Attitude" Baracus. The show's four-year run produced the catch-phrase "I love it when a plan comes together," uttered by George Peppard's character, Colonel John "Hannibal" Smith, at the end of an episode, as well as a change in the dress of some of Mr. T's fans.

More summaries and resources for teaching or studying The A-Team.

The A-Team from Gale. ©2005-2006 Thomson Gale, a part of the Thomson Corporation. All rights reserved.