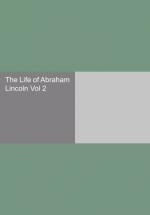 This encyclopedia article consists of approximately 1 page of information about Tarbell, Ida (1957-1944).

One of McClure's muckrakers, Ida Tarbell changed the oil business in America. A female journalist was not common at the turn of the twentieth century, especially not one who muckraked or scandalized industry. From McClure's excerpts, Tarbell published the two volume History of Standard Oil in 1904. In it she revealed the many unfair business practices of Standard Oil and owner John Rockefeller. Tarbell became a whistleblower on the most powerful trust in America. She earned the name the Joan of Arc of the oil region. The government broke up the Standard Oil Company in 1911.

Ida Tarbell was born in Titusville, Pennsylvania, to an oil baron father, Franklin Tarbell. Ida, the only female freshmen, attended Allegheny College and gained a degree in biology in 1880, and joined the staff at McClure's magazine with muckrakers Ray Stannard Baker and Lincoln Steffens. Her inquiry into Rockefeller was not all from professional interest; her father invented wooden barrels to hold oil and attained great wealth, but nearly went bankrupt when he failed to sell his business to John Rockefeller. His ultimate victory, however, would come when The History of Standard Oil and its revelations led to the break up of the largest corporation in America.

Ida Tarbell was also a historian. Her first major publication in 1895 was on Napoleon and Josephine Bonaparte. She wrote eight books on Abraham Lincoln, his relatives, and his family. In fact, until the release of Abraham Lincoln's Papers in 1947 she was considered the measure of Lincoln history. Ida Tarbell made her mark in an era when women journalists were often not taken seriously.

More summaries and resources for teaching or studying Tarbell, Ida (1957-1944).