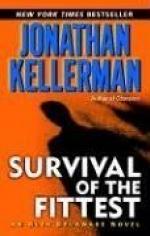 Survival of the Fittest - Research Article from World of Genetics

This encyclopedia article consists of approximately 1 page of information about Survival of the Fittest.

The term "survival of the fittest" was first used by the Victorian naturalist Herbert Spencer as a metaphor to help explain natural selection, the central element of Charles Darwin's revolutionary theory of evolutionary change, first published in 1859 in his famous book, The Origin of Species by Means of Natural Selection.

In this extremely influential and important book, Darwin reasoned that all species are capable of producing an enormously larger number of offspring than actually survive. Darwin held that the survival of progeny was not a random process. (In fact, he described it as a "struggle for existence.") Rather, Darwin suggested that those progeny that were better adapted to coping with the opportunities and risks presented by environmental circumstances would have a better chance of surviving, and of passing on their favorable traits to subsequent generations. These better-adapted individuals, which contribute disproportionately to the genetic complement of subsequent generations of their population, are said to have greater reproductive fitness. Hence the use, and popularization, of the phrase: "survival of the fittest." Darwin also used another, more awkward expression to explain the same thing: the "preservation of favored races in the struggle for life." In fact, this is the subtitle that he used for The Origin of Species by Means of Natural Selection.

Darwin's theory of evolution by natural selection is one of the most important concepts and organizing principles of modern biology. The differential survival of individuals that are more-fit, for reasons that are genetically heritable, is believed to be one of the most important mechanisms of evolution. And because of its clarity, the phrase "survival of the fittest" is still widely used to explain natural selection to people interested in understanding the evolution of life on Earth.

More summaries and resources for teaching or studying Survival of the Fittest.

Survival of the Fittest from Gale. ©2005-2006 Thomson Gale, a part of the Thomson Corporation. All rights reserved.