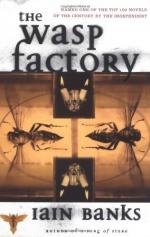 This encyclopedia article consists of approximately 1 page of information about Street Value.

When illegal drugs are seized by police or a drug law-enforcement agency, the officers or agents determine the street value of the drugs. Street value is the total income that drug traffickers would make if each gram were sold at the price currently being offered on the street. The street value then determines the significance of the seizure. In other words, a major drug seizure is one that has a very high street value.

However, the street value of drugs that have been seized is not always equal to the actual amount of income drug traffickers have lost. This is because the price of drugs rises sharply as they move down the distribution chain from the point of entry into the country. The following example shows how street value can be calculated:

More summaries and resources for teaching or studying Street Value.

Street Value from Macmillan. Copyright © 2001-2006 by Macmillan Reference USA, an imprint of the Gale Group. All rights reserved.