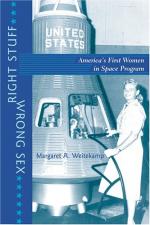 This encyclopedia article consists of approximately 18 pages of information about Space Shuttle.

Published in November 22, 1971; reprinted from Exploring the Unknown: Selected Documents in the History of the U.S. Civil Space Program. Volume I: Organizing for Exploration, published in 1995

Remarks on the Space Shuttle Program

The U.S. space program began in 1958 with the establishment of the National Aeronautics and Space Administration (NASA). This initiative was the direct result of a space race between the United States and the former Soviet Union at a time when the two superpowers were involved in a period of hostile relations known as the Cold War (1945–91). A year earlier the Soviets had sent Sputnik 1, the first artificial satellite, into orbit. Americans were shocked by the event, fearing that the United States was losing the Cold War. NASA responded by launching Project Mercury for the training of astronauts...

More summaries and resources for teaching or studying Space Shuttle.