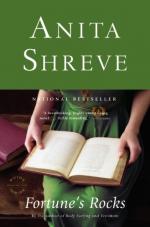 This encyclopedia article consists of approximately 1 page of information about Soil Consistency.

The manifestations of the forces of cohesion and adhesion acting within the soil at various water contents, as expressed by the relative ease with which a soil can be deformed or ruptured. Consistency states are described by terms such as friable, soft, hard, or very hard. These states are assessed by thumb and thumbnail penetrability and indentability, or more quantitatively, by Atterberg limits, which consist of liquid limit, plastic limit, and plasticity number. Atterberg limits are usually determined in the laboratory and are expressed numerically.

More summaries and resources for teaching or studying Soil Consistency.

Soil Consistency from Gale. ©2005-2006 Thomson Gale, a part of the Thomson Corporation. All rights reserved.