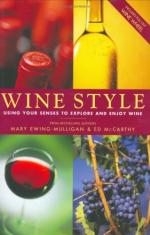 Smell, Physiology of Olfactory Senses - Research Article from World of Anatomy and Physiology

This encyclopedia article consists of approximately 2 pages of information about Smell, Physiology of Olfactory Senses.

The physiology of smell in humans begins in the nasal cavity. There, a huge number of receptors (over 40 million) are located in the upper roof of the cavity. The receptors have cilia projections that stick out into the cavity space. These increase the surface area and the sensitivity of the receptors.

One reason for the receptor sensitivity concerns the mechanics of airflow in the nasal cavity. The air rushes in quickly (at about 250 milliliters per second) and is turbulent. Thus, not all of a particular odor will have a chance to contact a receptor. So, a receptor must be able to swiftly detect a low concentration of a molecule.

The olfactory receptor cells are replaced every three to four weeks.

The receptors are responsible for detecting a large number of odours (about 2,000, depending on the individual). A group of genes is known to encode proteins associated with the receptors that may function in the specific detection of an odor. There may be upwards of 1,000 very specific odor receptors.

Odors reach a receptor by diffusing through the air and physically contacting the receptor. Surrounding the cilia is a mucous membrane. It is into this membrane that an odor dissolves. The binding of an odor molecule to a receptor stimulates the activation of a protein called the G-protein and the release of calcium from the receptor membrane. These events begin the process whereby an electrical potential is generated. The potential constitutes the signal that is sent off to the brain.

A signal is relayed to the anterior olfactory nucleus, which is essentially a collection point for the receptor signals. The signals are then routed to a region of the brain responsible for the processing of the information. This region is known as the primary olfactory cortex.

Dogs have a much greater sense of smell than humans. Their receptors have almost 20 times the surface area as human receptors, and there are 100 times more receptors per square centimeter in a dog's nasal cavity than in a humans.

More summaries and resources for teaching or studying Smell, Physiology of Olfactory Senses.

Smell, Physiology of Olfactory Senses from Gale. ©2005-2006 Thomson Gale, a part of the Thomson Corporation. All rights reserved.