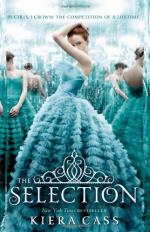 Kiera Cass
This encyclopedia article consists of approximately 6 pages of information about Selection.

Selection refers to an evolutionary pressure that is the result of a combination of environmental and genetic pressures that affect the ability of an organism to live and, equally importantly, to raise their own reproductively successful offspring.

As implied, natural selection involves the natural (but often complex) pressures present in an organism's environment. Artificial selection is the conscious manipulation of mating, manipulation, and fusion of genetic material to produce a desired result.

Evolution requires genetic variation, and these variations or changes (mutations) are usually deleterious because environmental factors already support the extent genetic distribution within a population.

Natural selection is based upon expressed differences in the ability of organisms to thrive and produce biologically successful offspring. Importantly, selection can only act to exert influence (drive) on those differences in genotype that appear as phenotypic differences. In a very real sense, evolutionary pressures act blindly.

There are three basic...

More summaries and resources for teaching or studying Selection.

Selection from Gale. ©2005-2006 Thomson Gale, a part of the Thomson Corporation. All rights reserved.