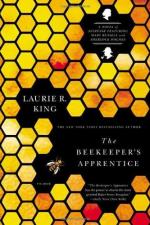 This encyclopedia article consists of approximately 8 pages of information about Segregation.

At the heart of most literature about race and prejudice is the idea of exclusion—exclusion from opportunities, exclusion from resources, and even exclusion from physical spaces. Segregation is the physical separation of people of a certain race, ethnicity, or class from other people. Sometimes this involves wholesale relocation, as with American Indians in the nineteenth century and Japanese Americans during World War II. However, segregation can also manifest itself as exclusion from certain places or services; during the first half of the twentieth century, for example, many restaurants in the American South refused entrance or service to "coloreds." Despite these examples, segregation is not limited to the history and literature of Americans; a survey of world literature reveals that segregation is a common theme across all boundaries of culture and geography.

From the end of post-Civil War Reconstruction in 1877 to the Civil Rights Act...

More summaries and resources for teaching or studying Segregation.

Segregation from Gale. ©2008 Thomson Gale, a part of the Thomson Corporation. All rights reserved.