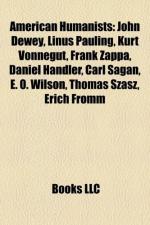 This encyclopedia article consists of approximately 1 page of information about Sagan, Carl.

Carl Sagan was a Pulitzer-prize winning author, visionary educator, and devoted scientist. He worked to extend humankind's reach into the solar system, and to help people understand the importance and meaning of the scientific method. Born on November 9, 1934, Sagan conducted his undergraduate work at Harvard University, and earned doctorates in astronomy and astrophysics at the University of Chicago. He was named a professor at Cornell University in Ithaca, New York, in 1971. Sagan's academic research concentrated on biology, evolution, astrophysics, planetary science, and anthropology.

Sagan was the author of more than 600 academic papers, twenty books, and a television miniseries called Cosmos. His novel about contact with an extraterrestrial civilization, Contact, was made into a popular Hollywood film in 1997. Much of Sagan's life was devoted to debunking scientific misconceptions and advocating clear thinking and better appreciation for the basics of science and its importance in everyday life. He was also a strong advocate for space exploration, especially robotic exploration of the solar system and beyond. Sagan also supported nuclear disarmament and urged the United States and the then-Soviet Union to undertake a joint mission to explore Mars.

Sagan was cofounder of the Planetary Society, a nonprofit organization supporting the exploration of space. He died on December 20, 1996, in Seattle, Washington, at the age of sixty-two.

More summaries and resources for teaching or studying Sagan, Carl.

Sagan, Carl from Macmillan. Copyright © 2001-2006 by Macmillan Reference USA, an imprint of the Gale Group. All rights reserved.