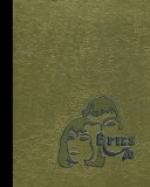 Robert Andrews Millikan - Research Article from Science and Its Times

This encyclopedia article consists of approximately 3 pages of information about Robert Andrews Millikan.

Robert Andrews Millikan, in his famous oildrop experiment of 1910, measured the charge of the electron. In another important experiment, he verified Einstein's equation for the photoelectric effect and determined the exact value of Planck's constant. For these accomplishments, Millikan was awarded the Nobel Prize in physics in 1923. He also provided a role model for the American-born scientist in the early twentieth century, at a time when most of the great physicists were European.

Millikan was born in Morrison, Illinois, on March 22, 1868, the second son of the Reverend Silas Millikan and his wife, Mary Jane. Nothing about his childhood, spent in the rural Midwest, particularly hinted at a future career as an eminent scientist. After graduating from high school, he worked briefly as a court reporter. His involvement in science began after his sophomore year at Oberlin College in Ohio, when his...

Robert Andrews Millikan from Gale. ©2005-2006 Thomson Gale, a part of the Thomson Corporation. All rights reserved.