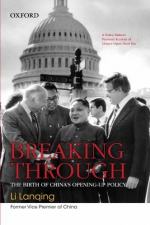 Population Policy in China - Research Article from Encyclopedia of Science, Technology, and Ethics

This encyclopedia article consists of approximately 5 pages of information about Population Policy in China.

The People's Republic of China (PRC) has the largest population in the world. At the end of 2002, the population in China (excluding Hong Kong, Macao, and Taiwan) was 1.284 billion, and the birthrate was 12.86 births per year per 1,000 population, which results in a doubling every fifty-five years.

The large Chinese population is a result of historical factors. Before 1900 China had a predominately agricultural economy dependent primarily on manual labor, with a standard of living closely tied to the number of working children in a family. Traditionally, having many children brought higher welfare and happiness. As a result, China had a high birthrate.

In the twentieth century, with the gradual improvement of medicine, people's health improved, and as a result, the death rate decreased continuously, from 20 deaths per year per 1,000 population in 1945 to 9.5 in 1965. Since 1980 the death rate has remained constant at...

More summaries and resources for teaching or studying Population Policy in China.

Population Policy in China from Macmillan. Copyright © 2001-2006 by Macmillan Reference USA, an imprint of the Gale Group. All rights reserved.