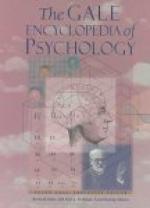 Pierre Paul Broca - Research Article from Science and Its Times

This encyclopedia article consists of approximately 1 page of information about Pierre Paul Broca.

French physician and neurologist who is regarded as the founder of physical anthropology. While serving as a surgeon in Paris, he was primarily responsible for the establishment of the Institute of Anthropology. An autopsy on a patient who had been unable to speak for many years led Broca to suggest that a specific area of the brain was the "motor center" for speech. This area was later designated as Broca's convolution, or Broca's center, and the speech disorder was called "aphasia."

Pierre Paul Broca from Gale. ©2005-2006 Thomson Gale, a part of the Thomson Corporation. All rights reserved.