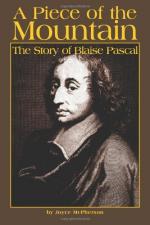 This encyclopedia article consists of approximately 2 pages of information about Pascal, Blaise.

Blaise Pascal's work on binomial coefficients would lead Sir Isaac Newton (1643–1727) to his discovery of the general binomial theorem for fractional and negative powers.

Most students in a mathematics class at some point wonder why. Not "Why does this process or theory work?" but rather "Why do I have to learn this?" Blaise Pascal, a mathematician during the mid-seventeenth century, is certainly one of the people to "blame." Yet Pascal made many contributions to mathematics and society as a whole.

Education for children of the 1600s was very different from modern education. There had been a time during Pascal's youth when his father had forbidden him to study mathematics and physics. Pascal's father even went so far as to lock up all the books to keep them away from his son. It seemed as though his father was embarrassed or worried that...

More summaries and resources for teaching or studying Pascal, Blaise.

Pascal, Blaise from Macmillan. Copyright © 2001-2006 by Macmillan Reference USA, an imprint of the Gale Group. All rights reserved.