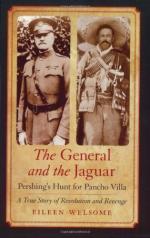 This encyclopedia article consists of approximately 8 pages of information about Pancho Villa.

A gifted soldier and strategist, Pancho Villa (pronounced VEE yah) spent a decade fighting for Mexico’s freedom. But Villa was also a killer who was capable of tremendous cruelty. He was both loved and feared by his countrymen, and, by the end of his career, had few admirers north of the border.

Head for the hills!

Born on June 5, 1878, Doroteo Arango was the son of a field laborer in San Juan de Río, Mexico. His parents—Augustín Arango and Micaela Arambula—died when he was very young, and the orphaned Arango took charge of protecting his siblings. As a field worker, he was forced to work long, back-breaking hours that allowed him no time for school.

When one of the owners of the estate where he worked assaulted his sister, Arango killed...

More summaries and resources for teaching or studying Pancho Villa.