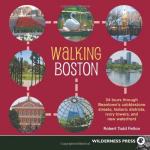 On the Waterfront - Research Article from St. James Encyclopedia of Popular Culture

This encyclopedia article consists of approximately 4 pages of information about On the Waterfront.

On the Waterfront (1954), a riveting drama of labor union corruption on the New York City docks, was directed by Elia Kazan and won eight Academy Awards; it has been a classic of the American cinema for nearly half a century. Reasons for its enduring appeal include a taut script by Budd Schulberg, magnetic performances by an all-star cast featuring Marlon Brando, a compelling score by Leonard Bernstein, stark black-and-white photography by Boris Kaufman, and, above all, transcendent themes that resonate across the decades with the American experience.

The film tells the story of Terry Malloy (Brando), a dock worker and former prize fighter, who turns against the union's mob leaders, including his brother Charlie (Rod Steiger) and John Friendly (Lee J. Cobb), by testifying in a federal Crime Commission investigation.

Marlon Brando in a scene from On the Waterfront.
Terry's inner moral struggle is...

More summaries and resources for teaching or studying On the Waterfront.

On the Waterfront from Gale. ©2005-2006 Thomson Gale, a part of the Thomson Corporation. All rights reserved.