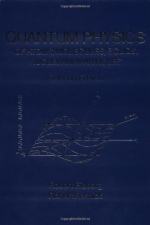 This encyclopedia article consists of approximately 2 pages of information about Nucleus.

The nucleus is a membrane-bounded organelle found in eukaryotic cells that contains the chromosomes and nucleolus. Intact eukaryotic cells are comprised of a nucleus and cytoplasm. A nuclear envelope encloses chromatin, the nucleolus, and a matrix which fills the nuclear space.

The chromatin consists primarily of the genetic material, DNA, and histone proteins. Chromatin is often arranged in fiber like nucleofilaments.

The genetic instructions for an organism are encoded in nuclear DNA that is organized into chromosomes. Eukaryotic chromosomes are composed of proteins and nucleic acids (nucleoprotein). Accordingly, cell division and reproduction require a process by which the DNA (or in some prokaryotes, RNA) can be duplicated and passed to the next generation of cells (daughter cells)

The cloning procedures for frogs or mammals are similar. Both procedures require the insertion of a nucleus into an egg that has been deprived of its own genetic material. The reconstituted egg, with a new nucleus, develops in accordance with the genetic instructions of the nuclear donor.

There are, of course, cells which do not contain the usual nuclear structures. Embryonic cleavage nuclei (cells forming a blastula) do not have a nucleolus. Because the cells retain the genetic competence to produce nucleoli, gastrula and all later cells contain nucleoli. Another example is found upon examination of mature red blood cells, erythrocytes, that in most mammals are without (devoid) of nuclei. The loss of nuclear material, however, does not preclude the competence to carry oxygen.

Nucleus from Gale. ©2005-2006 Thomson Gale, a part of the Thomson Corporation. All rights reserved.