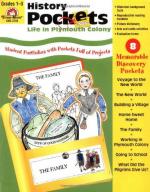 Although Samuel de Champlain (1567-1635) was not the first European to explore the coastline of Canada, he was arguably the most influential. Noted as the geographer who generated a set of the most complete maps of the coast, Champlain charted the seaboard from Nova Scotia to Rhode Island. He also explored what would become major trade routes along the inland rivers of Canada, was likely the first European to see the Great Lakes, and helped establish colonies at Quebec and Annapolis Royal.

Champlain began his explorations of New France, or Canada, in 1603 as a member of an expedition led by François Grave Du Pont. Du Pont's charge was to sail up the St. Lawrence River system. The expedition made its way to what is now Montreal in the summer of 1603. That...