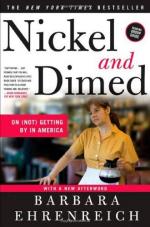 This encyclopedia article consists of approximately 7 pages of information about Nickel.

Nickel is the only element named after the devil. The name comes from the German word Kupfernickel, meaning "Old Nick's copper," a term used by German miners. They tried to remove copper from an ore that looked like copper ore, but they were unsuccessful. Instead of copper, they got slag, a useless mass of earthy material. The miners believed the devil ("Old Nick") was playing a trick on them. So they called the fake copper ore Old Nick's copper.

Since then, nickel has become a very valuable metal. The most common use is in the production of stainless steel, a strong material that does not rust easily. It is used in hundreds of industrial and consumer applications. Nickel is also used in the manufacture of many other alloys. An alloy is made by melting...

More summaries and resources for teaching or studying Nickel.