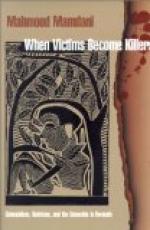 This encyclopedia article consists of approximately 1 page of information about Nativism.

The belief that learning and behavior are strongly influenced by innate characteristics.

Nativism has its roots in the teachings of the Greek philosopher Plato, who believed that from birth infants have an understanding of such concepts as beauty and truth. Immanuel Kant (1724-1804) believed that human thinking has certain inborn understandings or structures, like cause and effect, that are used to impose order on experience. Since the 1960s, psychologists have demonstrated considerable interest in the inborn emotional characteristics of infants. It is generally agreed by experts that individuals exhibit differences in emotions or motivations that are present in infancy, are biologically based, and may be genetic.

In its pure form, nativism postulates that an individual is predisposed from birth to a certain path in life because of the aptitudes and limitations he or she posseses at birth. The nativists minimize the influence learning can assert over these innate abilities. In philosophy and psychology, empiricism is the theory that represents the opposite point of view to nativism.

More summaries and resources for teaching or studying Nativism.

Nativism from Macmillan. Copyright © 2001-2006 by Macmillan Reference USA, an imprint of the Gale Group. All rights reserved.