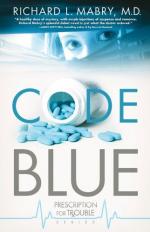 This encyclopedia article consists of approximately 1 page of information about Morse Code.

Morse code is a series of dots and dashes that represent letters of the alphabet and numerals, used in transmitting telegraph messages. It is named for Samuel Morse, who invented the code.

Morse, an American portrait painter, began designing an electric telegraph system in 1832. In order to keep the number of transmission lines to a minimum, Morse devised a way to send messages in code, using combinations of dots and dashes; each unique combination represented a single letter of the alphabet, a numeral from 0 to 1, or a punctuation mark. To work out his code, Morse visited a typesetting shop and noted which letters were most used, which least. He assigned the simplest code symbols to the most-used letters, and the longest dot-dash combinations to the least-used characters. The letter e, for example, became a single dot in Morse's code; the letter q was dot-dot-dash-dot.

After Alfred Vail became Morse's partner in 1837, he helped work out the final form of the dot-and-dash code. Morse patented his "Telegraph Signs " on June 20, 1840. In order to use the code, telegraph operators punched a simple key to open and close an electric circuit; a short keystroke was a dot, while a longer keystroke was a dash. The dots and dashes were automatically marked on a moving piece of paper at the telegraph's receiving end; the receiving operator then translated these symbols into an English message. After a while, the operators found that they could decipher the message simply by listening to the clicks the receiving machine made as it recorded the dots and dashes.

Because of its simplicity, Morse's code became used worldwide. To accommodate various accent marks used in languages other than English, Morse's system became the somewhat modified Continental code in Europe.

More summaries and resources for teaching or studying Morse Code.

Morse Code from Gale. ©2005-2006 Thomson Gale, a part of the Thomson Corporation. All rights reserved.