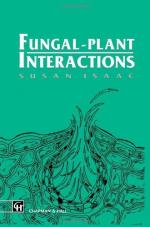 Microbial Symbiosis - Research Article from World of Microbiology and Immunology

This encyclopedia article consists of approximately 3 pages of information about Microbial Symbiosis.

Symbiosis is generally defined as a condition where two dissimilar organisms live together in an intimate associate that sees both organisms benefit. Microbial symbiosis tends to be bit broader in definition, being defined as the co-existence of two microorganisms.

Microbial symbiosis can be evident as several different patterns of co-existence. One pattern is known as mutualism. In this relationship, both organisms benefit. Another type of relationship is called commensalism. Here the relationship is beneficial to one of the organisms and does no harm to the other.

Another relationship known as parasitism produces a benefit to one organism at the expense of the other organism. Parasitism is not considered to be a symbiosis between a microorganism and the host.

Microbial symbiosis has been a survival feature of bacteria since their origin. The best example of this is the presence of the energy factories known as mitochondria in...

More summaries and resources for teaching or studying Microbial Symbiosis.

Microbial Symbiosis from Gale. ©2005-2006 Thomson Gale, a part of the Thomson Corporation. All rights reserved.