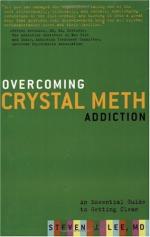 This encyclopedia article consists of approximately 1 page of information about Methedrine.

Methedrine was the proprietary name given METHAMPHETAMINE hydrochloride by the pharmaceutical company Burroughs Well-come. It was sold in ampules and until 1963-1964 was readily available by prescription. Methedrine (or "meth") became one of the street names of methamphetamine during the 1960s and early 1970s when high-dose methamphetamine ("speed") was a major drug of abuse. It was a particular problem in northern California where, after the manufacturer withdrew commercially made Methedrine from the market in 1963, large quantities of black-market, illicitly synthesized methamphetamine became available for sale.

More summaries and resources for teaching or studying Methedrine.

Methedrine from Macmillan. Copyright © 2001-2006 by Macmillan Reference USA, an imprint of the Gale Group. All rights reserved.