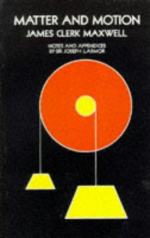 Matter Vs. Energy - Research Article from Macmillan Encyclopedia of Energy

This encyclopedia article consists of approximately 1 page of information about Matter Vs. Energy.

Is the universe matter dominated or energy dominated? The very early universe was "energy dominated" in the sense that only a small fraction of the energy of the universe at that time was in the form of the rest energy of matter and antimatter. Much of the energy of the universe was in the form of electromagnetic radiation. It is not known whether the universe originally had an excess of matter over antimatter or whether the excess of matter developed as time went on. Most cosmologists favor the idea that reactions in the early universe led to the excess of matter, but the mechanism is not known. As the universe expanded it cooled, until, about 300,000 years after the Big Bang, the quanta of radiation (photons) no longer had enough energy to create electrons and positrons. As the universe continued to expand, the radiation cooled still further, until today all that is left of it is the microwave background radiation at a temperature of 2.7 K. The amount of energy in the background radiation plus all the light energy from stars is only a tiny fraction of the rest energy of matter. Therefore, today, the visible universe appears to be matter dominated. However, it is an open question whether other, as yet unseen, forms of energy exist that would make the universe energy dominated.

More summaries and resources for teaching or studying Matter Vs. Energy.

Matter Vs. Energy from Macmillan. Copyright © 2001-2006 by Macmillan Reference USA, an imprint of the Gale Group. All rights reserved.