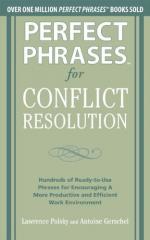 This encyclopedia article consists of approximately 5 pages of information about Management.

Since the beginning of time, humans have been managing—managing other people, managing organizations, and managing themselves. Management has been dealt with in this publication as a process that is used to accomplish organizational goals. To some, management is thought of as an art; to others, as a science. Each of those perspectives is grounded in the early writings and teaching of a group of managerial pioneers.

While it can be argued that management began well before the Industrial Revolution, it is often felt that what emerged as contemporary management thought was begat with the beginning of industrial development. The Industrial Revolution began in the mid-eighteenth century when factories were first built and laborers were employed to work in them. Prior to this period, most workers were active in an agrarian system of maintaining the land.

Management: Historical Perspectives from Macmillan. Copyright © 2001-2006 by Macmillan Reference USA, an imprint of the Gale Group. All rights reserved.