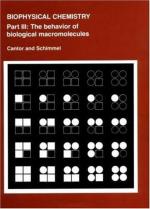 This encyclopedia article consists of approximately 2 pages of information about Macromolecule.

Macromolecules, also called polymers, are compounds that are made up of multiple, smaller repeating units called monomers. These monomers are generally bonded together in a chain-like manner creating a molecular backbone. Depending on the type of monomer, side groups may extend out from this primary backbone. When a single type of monomer is present in the macromolecule, it is known as a homopolymer. Copolymers contain two or more kinds of monomers in the backbone. While many linear macromolecules have a single long-chain backbone, others are branched meaning the side groups from one backbone connect with another.

While macromolecules were used by ancient human civilizations, their chemistry only began to be described in the 1800s. The earliest work related to the production of macromolecules involved the conversion of natural macromolecules into more useful derivatives. The first significant development was by American inventor Charles Goodyear (1800-1860) when he developed a process for the vulcanization (cross-linking) of rubber in 1839. Other scientists made various plaster derivatives, artificial silks, and thermoplastics. The first truly artificial polymer, called Bakelite, was produced by Leo Hendrik Baekeland in 1907.

The groundwork for modern polymer science was laid by Hermann Staudinger in the 1920s. He showed that these materials were long, chain-like molecules and not colloids as previously thought. In 1928, Staudinger's models were confirmed by Meyer and Mark who used x-ray techniques to show the dimensions of natural rubber. By the 1930s, the leading scientists agreed that polymers were macromolecules. The size and shape of these molecules were responsible for the thickness of solutions they were in.

Macromolecules are used for innumerable purposes. Some important examples include polyethylene that is used for making plastic piping, packaging, and toys.Polypropylene is used to produce carpeting and bottles. Polyvinyl chloride (PVC) is an important material for floor tile and clothes. Other macromolecules include polystyrene, polybutadien, polyacrylinitrile, and polyester.

More summaries and resources for teaching or studying Macromolecule.

Macromolecule from Gale. ©2005-2006 Thomson Gale, a part of the Thomson Corporation. All rights reserved.