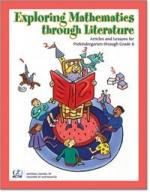 Literature and Articles - Research Article from Americans at War

This encyclopedia article consists of approximately 16 pages of information about Literature and Articles.

"Female Patriots, Address'd to the Daughters of Liberty in America" (1768)

If men had grown accustomed to their unusual freedoms in the colonies, women had also, and one of those freedoms was making their feelings and opinions known. The "female patriots" mentioned in this poem vowed their willingness to boycott English goods like stamped paper or tea if they could help the cause of liberty. When this poem first appeared in the Pennsylvania Gazette in 1768, its then-anonymous author hoped it would contribute "to the entertainment or reformation of your male readers." The poem's author was Milcah Martha Moore, a Philadelphia Quaker whose moral and instructive poems were published, along with this one, in England and Ireland as well as in America. As this lively poem suggests, her moral lessons were not devoid of humor and good sense...

More summaries and resources for teaching or studying Literature and Articles.

Literature and Articles from Macmillan. Copyright © 2001-2006 by Macmillan Reference USA, an imprint of the Gale Group. All rights reserved.