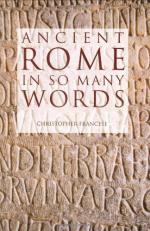 This encyclopedia article consists of approximately 13 pages of information about Language and Communication.

For the communication field, language can be understood as an organized system of symbols used for creating and transmitting meaning. Language involves the meaningful arrangement of sounds into words according to rules for their combination and appropriate usage. James Bradac (1999, p. 12) captured the multiplicity of conceptions of language when he noted three ways of defining it:

Language1: "[The] communicative agency[… that] allows speakers to accomplish routinized purposes (e.g., exchange greetings) and other purposes that are completely novel.… It is highly flexible and adaptable."

Language2: "[The] biologically based, hierarchical system studied by linguists. It has multiple levels, each complexly structured and interrelated with the others. The structures at each level can be represented by construction rules [… and] constitute part of the tacit knowledge of speakers."

Language3: "[A] collection of verbal features that are often influenced or even determined by environmental, physical, or psychological variables...

More summaries and resources for teaching or studying Language and Communication.

Language and Communication from Macmillan. Copyright © 2001-2006 by Macmillan Reference USA, an imprint of the Gale Group. All rights reserved.