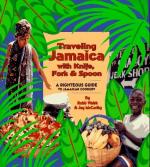 Knife, Fork, and Spoon - Research Article from World of Invention

This encyclopedia article consists of approximately 1 page of information about Knife, Fork, and Spoon.

The knife and the spoon are of prehistoric origin. Primitive peoples made knives for cutting from bones, shells, and stones, particularly flint, that flaked to form sharp edges. The Egyptians also manufactured knives from flint chipped in such a way as to form serrated edges; the flint pieces were then glued into slots formed from wooden handles. The blade was kept sharp by rubbing it in the hollow of a stone. The first spoons were probably seashells or crudely formed stone ladles that provided an ideal way to transport liquids to the mouth. Later knives and spoons were crafted from copper and bronze, clay, wood, ivory, iron, and gold. The fork is a more modern invention. For a long time food was cut into small pieces at the table with a knife, which then was used to spear the pieces and bring them to the person's mouth. It is speculated that the fork was invented to hold down meat (or other foods) while cutting it with a knife. The twelfth-century Italians were the first people known to use a two-pronged fork for eating. By the 1600s, forks and knives were commonplace eating utensils in France and in England; the first fork was brought to North America in 1630 by John Winthrop, governor of the Massachusetts colony. Today flatware for eating is made in colorful plastics for picnic or other casual use, or from silver, silver plate, gold plate, or stainless steel for use in homes and restaurants.

More summaries and resources for teaching or studying Knife, Fork, and Spoon.

Knife, Fork, and Spoon from Gale. ©2005-2006 Thomson Gale, a part of the Thomson Corporation. All rights reserved.