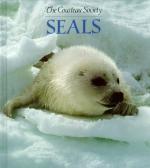 This encyclopedia article consists of approximately 5 pages of information about Jacques Cousteau.

Jacques-Yves Cousteau’s name is virtually synonymous with exploration of the earth’s oceans and rivers. A leading expert in oceanography, he has used documentaries, television programs, and books to educate the public on the diversity of sea life and the importance of the world’s oceans. It was in 1944, while diving off the coast of Toulon in the Mediterranean Sea, that Cousteau became mesmerized by the beauty of reefs and the sea’s underwater habitats.

Using his winning personality and celebrity status, Cousteau has also spoken out on conservation issues, suggesting that so-called industrial progress has placed civilization in jeopardy. He argued, for example, that nations that dumped radioactive waste and mustard and nerve gases underwater were endangering the planet’s safety.

Cousteau’s childhood interests in photography and...

More summaries and resources for teaching or studying Jacques Cousteau.

Jacques Cousteau from UXL. ©2005-2006 by U•X•L. U•X•L is an imprint of Thomson Gale, a division of Thomson Learning, Inc. All rights reserved.