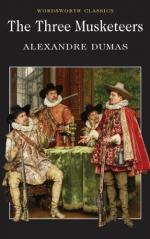 Jacques-Alexandre-César Charles - Research Article from Science and Its Times

This encyclopedia article consists of approximately 2 pages of information about Jacques-Alexandre-C&#xe9;sar Charles.

Jacques-Alexandre-César Charles, with Nicolas Robert, ascended in the world's first hydrogen balloon in 1783. He was also a physicist and mathematician and is perhaps better known in this capacity as the person who developed Charles's law, which relates gas temperatures and pressures. In both roles, he made important scientific and technical contributions that have had lasting effects on both science and society.

Charles was born in 1746 in Beaugency, France. Very little is known about his childhood, but he began his professional life as a clerk in the French finance ministry. From there he turned increasingly to science, experimenting with electricity at first. In fact, it may have been Charles's experiments with electricity that showed him how to pass an electrical current through water, separating it into its components of oxygen and hydrogen.

In September 1783 the Montgolfier brothers'...

More summaries and resources for teaching or studying Jacques-Alexandre-Csar Charles.

Jacques-Alexandre-César Charles from Gale. ©2005-2006 Thomson Gale, a part of the Thomson Corporation. All rights reserved.