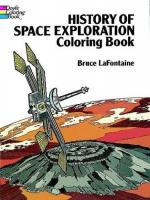 This encyclopedia article consists of approximately 37 pages of information about Introduction to Space Exploration.

Mankind will migrate into space, and will cross the airless Saharas which separate planet from planet and sun from sun.

Humans have always been explorers. When ancient peoples stumbled upon unknown lands or seas they were compelled to explore them. They were driven by a desire to dare and conquer new frontiers and a thirst for knowledge, wealth, and prestige. These are the same motivations that drove people of the twentieth century to venture into space.

By definition space begins at the edge of Earth's atmosphere, just beyond the protective blanket of air and heat that surrounds our planet. This blanket is thick and dense near the Earth's surface and light and wispy farther away from the planet. About sixty-two miles above Earth the atmosphere becomes quite porous. This altitude is considered the first feathery edge of outer space.

More summaries and resources for teaching or studying Introduction to Space Exploration.

Introduction to Space Exploration from Gale. ©2005-2006 Thomson Gale, a part of the Thomson Corporation. All rights reserved.