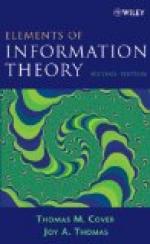 This encyclopedia article consists of approximately 1 page of information about Information Processing Theory.

A strategy for the study of cognitive development.

In 1954, D. E. Broadbent formulated the first information processing theory, known as Broadbent's theory of attention. Broadbent based his theory on research that involved a listening task: subjects in Broadbent's study were presented with pairs of digits, one in each ear, and later asked to recall them. Subjects found it easier to repeat the numbers if they could first list all digits presented to one ear, and then list the digits presented to the other ear. The task of integrating the two lists was much more difficult.

In the early 1980s, information processing pioneer Robert Siegler suggested that children's ability to reason improved with age, and that an older child is able to draw upon a greater variety of mental processes than a younger child.

Information processing theorists liken the sensory input to humans to the input functions of a computer. The processes of thinking—perception, problem solving, and memory—are similarly compared to the computer's data reading, data processing, and storage capabilities. The actions taken by humans are likened to a computer output.

While the computer analogy is limited and limiting, information processing theory has provided a structure for the study of cognitive processes in children.

Information Processing Theory from Gale. ©2005-2006 Thomson Gale, a part of the Thomson Corporation. All rights reserved.