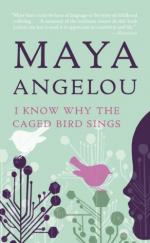 Related Topics
Caged Bird
On the Pulse of Morning

Maya Angelou
This encyclopedia article consists of approximately 12 pages of information about I Know Why the Caged Bird Sings.

Beginning three years after Maya Angelou's birth in 1928, her autobiography unfolds against the backdrop of America between the wars. Within the work, the effect of the Great Depression slowly makes itself known, along with the economic upswing brought about by American involvement in World War II. I Know Why the Caged Bird Sings opens the door to the separate worlds of blacks and whites in the Deep South and compares the lives of blacks in three different regions of the United States.

The not-so-new South. After the Civil War, hopes ran high among black Americans that their social, political, and economic lot in life would markedly improve. However, white Southerners employed strategies that dashed these hopes and halted the strides made toward black...

More summaries and resources for teaching or studying I Know Why the Caged Bird Sings.

I Know Why the Caged Bird Sings from Gale. ©2008 Thomson Gale, a part of the Thomson Corporation. All rights reserved.