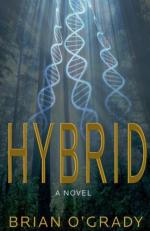 This encyclopedia article consists of approximately 1 page of information about Hybrid.

A hybrid is the offspring of a mating between two genetically dissimilar parents. This often occurs between two related species or varieties. When hybridization is attempted between two unrelated species, the genetic incompatibility is usually too great and the embryo fails to thrive or fertilization does not occur.

Oftentimes, hybrids are sterile, resulting from the failure of the chromosomes to pair up properly during meiosis. The more distantly related the organisms the more likely it is that the offspring will be sterile. Sterile plants are bred using vegetative means of propagation, while sterile animal hybrids must always be bred from the parental types.

More summaries and resources for teaching or studying Hybrid.

Hybrid from Gale. ©2005-2006 Thomson Gale, a part of the Thomson Corporation. All rights reserved.