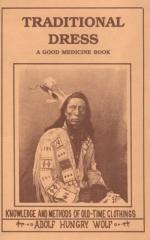 Hong Kong and Macau - Research Article from Governments of the World

This encyclopedia article consists of approximately 9 pages of information about Hong Kong and Macau.

Hong Kong comprises an extension of China's Guangdong province and some 235 islands including Hong Kong Island. It has a land area of 1,100 square kilometers (425,000 square miles) and had an estimated population of 6,855,125 in 2004. Level land is at a premium as most of Hong Kong consists of rugged hills and mountains. A large percentage of Hong Kong's people live and work in high density areas on the northern side of Hong Kong Island and across the water at Kowloon. Since the early 1950s an increasing number of refugees from China forced the government to build large housing estates in selected areas throughout the southern part of an area north of Kowloon known as the New Territories. Dotted throughout the New Territories and most of the smaller islands are numerous traditional villages where life has remained relatively unchanged over the past 100 years.

More summaries and resources for teaching or studying Hong Kong and Macau.

Hong Kong and Macau from Macmillan. Copyright © 2001-2006 by Macmillan Reference USA, an imprint of the Gale Group. All rights reserved.