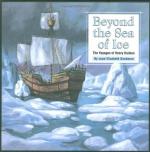 This encyclopedia article consists of approximately 4 pages of information about Henry Hudson.

Nothing is known about the early life and career of Henry Hudson. He undertook his first recorded voyage in 1607, when he was hired by the Muscovy Company of England to search for the Northeast Passage, a sea route around the northern coast of Siberia to China. Hudson explored the coast of the Svalbard Islands in the Arctic Ocean and sighted Jan Mayen Island east of Greenland, but he did not find a sea passage to China. In 1608 he ventured out to try again, but when his ship encountered heavy ice, he was forced to turn back without making any new discoveries.

In 1609 Hudson was hired by the Dutch East India Company to look for the Northeast Passage once again. He set out with the ship Half Moon and a mixed crew of English and Dutch sailors. Beyond the North Cape...

More summaries and resources for teaching or studying Henry Hudson.