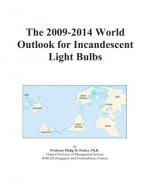 This encyclopedia article consists of approximately 2 pages of information about Halogen Lamp.

The invention of electric light in the late 1800s dramatically changed people's lifestyles worldwide. Most improvements to the incandescent light bulb were made during the early 1900s. Inert gas was used to fill the bulb, tungsten replaced carbon as the filament material, and coiled filament designs were introduced. By the 1930s researchers had developed a standard incandescentlight bulb that would last for about 1,000 hours. This bulb has since dominated the market.

Beginning in the early 1970s, as a result of sharply higher world oil prices, scientists became much more concerned with energy efficiency and conservation. Lighting equipment manufacturers began working to improve the efficiency of incandescent bulbs and extend their useful life. One development that came out of this research was a new type of incandescent light bulb called the tungsten halogen lamp or quartz lamp.

Ordinary light bulbs usually fail when their filament gradually becomes thinner and breaks. This thinning occurs when tungsten evaporates from the filament and accumulates on the inner surface of the bulb. Also, as the tungsten collects there, it gradually blackens the bulb and reduces the light output. In the halogen lamp, a small amount of iodine, bromine, or other halogen is added to the bulb's gas filling. When the tungsten evaporates from the filament, it combines with the halogen to form a gaseous compound that circulates within the bulb. Instead of blackening the bulb wall, the tungsten-halogen compound remains a gas until it comes into contact with the hot filament and breaks down. The tungsten is redeposited on the filament, and the halogen gas is free to combine with newly evaporated tungsten. However, because the tungsten is not redeposited uniformly, thin places develop on the filament and it eventually breaks.

Although halogen lamps cost more than ordinary bulbs, they last much longer (about 2,000 to 4,000 hours) and maintain their light output throughout their entire life, rather than gradually becoming dimmer. They also operate at higher temperatures, allowing them to produce a whiter, brighter light. A lower wattage halogen lamp can be substituted for a higher wattage conventional bulb; halogen lamps also require lower voltage, making them even more efficient. Instead of a glass bulb, halogen lamps use a quartz tube, which can withstand higher temperatures. Halogen lamps are commonly used in automobile headlights, spotlights, and floodlights and are sold for use in restaurants and private homes.

More summaries and resources for teaching or studying Halogen Lamp.

Halogen Lamp from Gale. ©2005-2006 Thomson Gale, a part of the Thomson Corporation. All rights reserved.