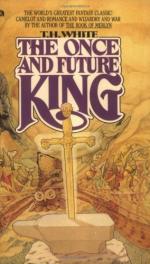 This encyclopedia article consists of approximately 2 pages of information about H&#x0027;ai Gaon.

H'AI GAON (939–1038), Babylonian halakhist. H'ai succeeded his father, Sherira', as head of the academy at Pumbedita and occupied the post for forty years, during which time he penned hundreds of responsa, composed significant halakhic monographs, and trained Jewish students from all over the world. The Geonic period reached its apogee with H'ai, who as its crowning figure also witnessed its irreversible decline.

The quantity of H'ai's responsa—about one-third of all preserved Geonic responsa are attributed to him—indicates that he was considered the leading legal authority of his time, a status underscored by the far-flung provenance of his correspondence and the fact that he was appealed to by scholars of the first rank. In eleventh- and twelfth-century rabbinic writing, "the gaon" invariably means H'ai. He saw the Talmud as the decisive factor in all Jewish law (the characteristic posture of all Geonim), after which ranked the decisions and enactments of his Geonic predecessors, and the force of custom. In addition to responsa, H'ai also wrote major halakhic monographs in both civil and religious law; here he ordered the welter of Talmudic discussion into topically organized units and brought this Geonic literary form to a height surpassed only by Maimonides.

H'ai's attitude toward Talmudic legend and his theological comments combine a moderate rationalism with mystical interests. Continuing the philosophical tradition of Saʿadyah, H'ai reinterpreted legends with anthropomorphic features, argued for a nonliteralistic approach to aggadot, and in general denied the authoritative status of these rabbinic materials. At the same time, he recoiled from the suggestion of Shemu'el ben Hofni (his father-in-law) that the Witch of Endor had simply tricked Saul into thinking she had raised the ghost of Samuel (1 Sm. 28). H'ai also wrote a short treatise on the nature of the messianic redemption and discussed the esoteric teachings of merkavah mysticism.

Halakhah; Judaism, Article on Judaism in the Middle East and North Africa to 1492.

More summaries and resources for teaching or studying H'ai Gaon.

H'ai Gaon from Macmillan. Copyright © 2001-2006 by Macmillan Reference USA, an imprint of the Gale Group. All rights reserved.