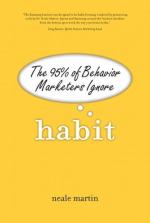 Habituation - Research Article from Encyclopedia of Childhood and Adolescence

This encyclopedia article consists of approximately 1 page of information about Habituation.

The reduction in response level that occurs when an infant has become accustomed to a particular stimulus.

Habituation, the reduction in response to a stimulus over time, has been the subject of research on infant perception. Researchers have studied habituation by measuring infant response levels based on fluctuations in heart rate, intensity of sucking on pacifiers, and concentration of gaze. When an infant is exposed to a new stimulus, these activities speed up or become intensified. However, when the exposure continues for a certain period of time, responsiveness drops and will only rise again if the stimulus is withdrawn and reintroduced (or a new one is presented). Habituation has been widely used in infant research because it can assess an infant's ability to discriminate between similar stimuli. For example, it can be used to determine if a baby can hear different pitches by exposing her to a single pitch until her level of physiological or behavioral response drops and then seeing if it rises when a new pitch is introduced.

Researchers have also found that some aspects of the interaction between mothers and infants are instinctively based on the habituation process. In order to remain stimulated by the mother's gaze, the infant periodically turns away from it, and the level of stimulation rises again with each new exposure.

More summaries and resources for teaching or studying Habituation.

Habituation from Gale. ©2005-2006 Thomson Gale, a part of the Thomson Corporation. All rights reserved.