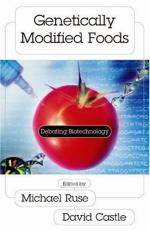 This encyclopedia article consists of approximately 6 pages of information about Genetically Modified Foods.

The production of genetically modified foods has provoked an ethical debate about whether it is right to use technology to create new forms of plant and animal life that otherwise would not exist. However, throughout human history agricultural crops have been genetically modified. There is nothing "natural" about food crops because most of them would be unable to propagate or survive without human intervention. What have changed over the years are the technologies that have been used to bring about genetic modification.

Genetically Modified Foods from Macmillan. Copyright © 2001-2006 by Macmillan Reference USA, an imprint of the Gale Group. All rights reserved.