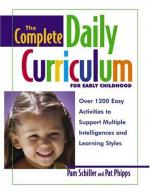 This encyclopedia article consists of approximately 2 pages of information about Frostig Developmental Test of Visual Perception.

The Frostig Developmental Test of Visual Perception is also known as the Marianne Frostig Developmental Test of Visual Perception and the DTVP. It is a test widely administered to children in pre-kindergarten through third grade to diagnose possible learning disabilities or neurological disorders by assessing perceptual skills (visual perception and hand-eye coordination). Children are generally referred for the test by special education teachers, occupational therapists, or psychologists. The DTVP can be administered individually or in groups. It consists of 41 tasks arranged in order of increasing difficulty on demonstration cards and is designed to evaluate the child's visual skills in the following areas: eye-motor coordination (drawing continuous straight, curved, or angular shapes); figure-ground perception (detecting embedded figures); constancy of shape (distinguishing common geometric shapes); position in space (identifying reversed position); and spatial relations (connecting dots to form shapes and patterns). Test results are evaluated in relation to standard first-grade reading skills. Raw scores for each subtest are converted to age scores and scaled scores. The scaled scores for all five subtests are then combined for a total test score, which is divided by the child's age to produce a perceptual quotient. Guidelines are provided for scores considered necessary to first-grade readiness. While the DTVP can be an indicator of learning disabilities, the test by itself is not a definitive indicator of learning disorders, nor do high scores on it rule them out. Young children may need more than one session to complete the test, which has also been adapted for the hearing-impaired and non-English-speaking children.

Frostig Developmental Test of Visual Perception from Gale. ©2005-2006 Thomson Gale, a part of the Thomson Corporation. All rights reserved.