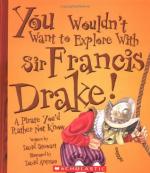 This encyclopedia article consists of approximately 6 pages of information about Francis Drake.

Sir Francis Drake was one of the world’s greatest seamen. He was known for his religious fervor and his audacity, courage, and patriotism. Even his avowed enemies envied his abilities. The first Englishman to sail around the world, Drake also played an important role in defeating the Spanish Armada. He is credited with establishing England as the world’s major maritime power during his time, an advantage that propelled the country into an unparalleled era of expansion and prosperity.

Drake rose from obscurity to become a national hero. He was born in Devonshire on an estate belonging to Lord Francis Russell. His father was a small farmer and a passionately religious Protestant minister. The elder Drake’s views, along with local religious unrest, had a profound effect in shaping the young...

More summaries and resources for teaching or studying Francis Drake.