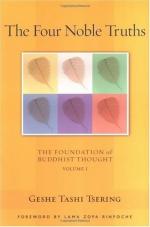 This encyclopedia article consists of approximately 11 pages of information about Fourteenth Amendment to the U.s. Constitution.

Ratifieed by the required three-fourths of states on July 9, 1868 Reprinted on GPO Access: Constitution of the United States (Web site)

"No State shall make or enforce any law which shall abridge the privileges or immunities of citizens of the United States; nor shall any State deprive any person of life, liberty, or property, without due process of law.…"

The rise of "Black Codes"—discriminatory local laws subjecting African Americans to harsher penalties or forced labor for certain crimes, among other restrictions—prompted the U.S. Congress to pass the Civil Rights Act of 1866 (see Chapter 8). The bill stated that all African Americans born in the United States were citizens entitled to the "full and equal benefit of all laws" enjoyed by whites. It also outlawed providing "different punishment...

More summaries and resources for teaching or studying Fourteenth Amendment to the U.s. Constitution.

Fourteenth Amendment to the U.s. Constitution from UXL. ©2005-2006 by U•X•L. U•X•L is an imprint of Thomson Gale, a division of Thomson Learning, Inc. All rights reserved.