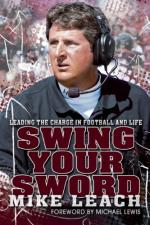 This encyclopedia article consists of approximately 1 page of information about Football.

The vastly popular game of American football has its origins in the English sports of rugby and soccer. In the mid-1800s, a soccer-like game was popular in the eastern United States. The object of the game: kick a round ball across the other team's goal line. Teams often consisted of thirty or more players. As the game's popularity increased, stricter rules were created and schools organized teams. The National Collegiate Athletic Association contends that the first football game was played in 1869 between Rutgers and Princeton Universities, but the rules of that game make it seem more like a soccer match. The first official football game took place on May 14, 1874 between Harvard and McGill Universities. As more and more colleges began to play football seriously, blocking and tackling were introduced, and these skills soon became as important as running. Rules varied from game to game and teams simply agreed on them before playing. As running, blocking, and tackling became more crucial to football, so did strength and agility. Games became much more violent and, since no helmets or paddings were worn, injuries abounded. In 1905, President Theodore Roosevelt (1858-1919) threatened to ban the game from the United States after seeing a particularly gruesome photograph of an injured player. Several colleges prohibited football because of just such injuries. In 1906, when forward passing became allowed, games became less violent and more strategic, necessitating careful planning and organization.

More summaries and resources for teaching or studying Football.

Football from Gale. ©2005-2006 Thomson Gale, a part of the Thomson Corporation. All rights reserved.