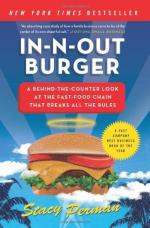 This encyclopedia article consists of approximately 2 pages of information about Food Chain.

There is no waste produced in a functioning, thriving natural ecosystem. All organisms, dead and alive, are potential sources of energy and nutrition for other members of the environment. For example, a worm digests tiny soil nutrients; a robin eats the worm; a wild cat eats the robin and when the cat dies, it is then consumed by bacterial decomposers. This process of exchanging energy and nutrients among living organisms by feeding on each other is are called food chains.

The word "chain" is probably misleading, however, because it implies an orderly linkage of equal parts. Actual food chains are extraordinarily complex because there is no exact order specifying what creatures eats whom. It would be more accurate to consider each of the links as an energy carrier in a complex network of many interconnected food chains, called a food web. Another way to picture a food chain is in the shape of a pyramid. The bottommost layer of a food pyramid consists of the most abundant elements: plants that trap solar energy through photosynthesis. These plants are then eaten by herbivorous animals, which are considered the primary consumers at the second level of the pyramid. In turn, these primary consumers become food for other animals called secondary consumers at the third level of the pyramid. Each succeeding level consists of fewer, usually larger flesh-eating animals.

The consumers at the top of the pyramid do not represent the uppermost end of the food chain. When they die, they are eaten by tiny, microscopic organisms which serve as decomposers. When devoured by these bacteria, the nutrients are returned to the soil to be recycled into yet another food chain.

It may seem like the food chain consists of predator-like continuous killing and devouring of all living creatures. However, in the ecological sense, predators of the food chain can be herbivores and feed off of plants, or they can be parasitic and continuously feed off live organisms. Predation is a more general term to explain this because it separates live-feeders from scavengers and decomposers. An organism does not necessarily have to kill another organism to be a predator. For example, parasites are organisms that derive nourishment by living in or upon the body of a host organism that remains alive.

More summaries and resources for teaching or studying Food Chain.

Food Chain from Gale. ©2005-2006 Thomson Gale, a part of the Thomson Corporation. All rights reserved.