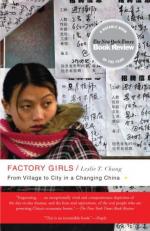 This encyclopedia article consists of approximately 11 pages of information about Factory Girls&#x0027; Association.

Women factory workers at Lowell, Massachusetts, rejected wage cuts in 1834 and again in 1836 by walking off the job. These early "turn outs," as they were called, required the coordination of hundreds of female operatives and drew on both traditional forms of community networks and a newer form of wage labor negotiations to organize the strikes and protect their interests as female wage laborers. Neither strike resulted in long-term worker associations nor succeeded in preventing wage reductions; but the walkouts did disrupt factory production, demonstrating the significance of collective action and revealing the ambiguous position of women in the world of wage labor.

Factory Girls' Association from Gale. ©2005-2006 Thomson Gale, a part of the Thomson Corporation. All rights reserved.