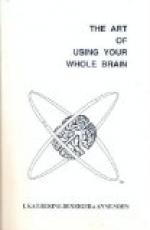 This encyclopedia article consists of approximately 2 pages of information about Extroversion.

A term used to characterize children and adults who are typically outgoing, friendly, and open toward others.

Extroverts are people who are often leaders, work well in groups, and prefer being with others to being alone. Other personality traits often associated with extroversion include optimism, risk taking, and love of excitement and change. Children who are extroverts prefer having company to playing alone and tend to have many friends.

Extroversion is generally defined in comparison to its opposite, introversion, which is used to describe people who are quieter, more reserved and sensitive, and more comfortable in solitary pursuits. The two tendencies can be regarded as opposite ends of a continuum, with most people falling somewhere in between. Nevertheless, many children and adults have traits that clearly place them closer to one end than to the other. Both extroversion and introversion in some people are thought to be the result of inborn tendencies-called temperament—that are shaped by environmental factors. The psychologist Hans Eysenck has suggested that the temperamental foundation involves the ease with which the cerebral cortex becomes aroused. Eysenck notes that in introverts some parts of the brain are very sensitive to arousal and are easily overstimulated, causing them to prefer quiet surroundings and calm situations. The extrovert, on the other hand, can tolerate a higher level of cortical arousal and thus seeks out social interaction and exciting situations for stimulation.

Tendencies toward extroversion or introversion often lead children to develop and cultivate contrasting strengths, sometimes referred to in terms of contrasting types of intelligence. Extroverts more readily develop interpersonal intelligence, which has to do with making friends easily, demonstrating leadership ability, and working effectively with others in groups. In introverts the more highly developed traits are more likely to be those associated with mirapersonal intelligence, such as the deeper awareness of one's feelings and the ability to enjoy extended periods of solitude. All children have both types of intelligence, but in many children one is stronger than the other, depending on whether the child is an introvert or an extrovert.

More summaries and resources for teaching or studying Extroversion.

Extroversion from Macmillan. Copyright © 2001-2006 by Macmillan Reference USA, an imprint of the Gale Group. All rights reserved.